Reds and greens are often depicted in Christmas décor, additionally silver, gold, whites, and blues are thrown into the mix as well. They are more than stunning colors; believe it or not, there is an underlining reason as to why we often see these colors centered on Christmas.

All Painting and Restoration would like to take a closer look at traditional Christmas colors and the deeper meaning behind them for inquisitive minds.
– White Christmas Snow Paint Color: White symbolizes peace and purity in many cultures and religions, along with the wintery snow blanketing the earth in the glorious shrouds of white, the color is frequently used in Christmas decorations and more. Additionally with the apple used to decorate the Paradise Trees for the plays of old, white wafers where also placed upon the branches to signify the bread eaten at the Last Supper to symbolize Christ’s body. In modern times the wafers are continued to be eaten in many Christian faiths to remember the sacrifice Jesus did for the people. Hence the utilization of white continuously seen with religious ceremonies and decor, and is also used in Christmas themes.
– Shiny Metallic Christmas Gold: Naturally, being that one of the Wise Men bore gold as a gift for baby Jesus; many Christians include gold within the traditional colors at Christmas time to signify their devotion. An even deeper meaning for gold is that gold is a faction of light in essence, glowing from the Sun and depicted more often than not with the Star the Wise Men used to locate the baby Jesus. Jesus is the light and feeds the people with hope and guidance in the darkness. Because gold is viewed as a precious metal, and treasured as a gift, silver has been marked as such as well and is commonly used in conjunction with gold.
– Blue Christmas Paint Color Decorations: Blue has become traditionally used on Mary’s robes. During the Medieval period, blue dye was even more expensive than gold and truly coveted. Only royalty and upper class nobles could afford the prestigious blue-colored clothing. To signify Mary’s role and the important part she would play in Christ’s earthly life, she is often wrapped in blue. Also, blue is the color of the sky and is used within Christmas decor as a symbol of heaven.
– Christmas Green Paint Colors: One of the most associated colors of Christmas is due to the evergreen plants that have been widely used throughout the centuries, even before Christmas was celebrated. Ivy, Mistletoe and Holly have been especially used to adorn the dark drab buildings during the long winter months in an attempt to brighten them up. Hanging these vibrant lovelies also was a much needed reminder that spring was around the corner and it gave the people a needed boost to withstand the freezing weather. In January, as a gesture for good luck, the Romans would exchange evergreen branches with one another. During the middle ages, across the various parts of Europe, Paradise plays were joyfully performed on Christmas Eve and a great part of the local traditions, relating many of the Bible’s stories, which the majority of the people were unable to read for themselves. When the Garden of Eden rendition was depicted, the Paradise Tree was designed with a pine tree, having red apples adorning the branches. In modern times we continue to enjoy the Holly and Mistletoe, along with our Christmas Trees, still associating green with Christmas.
– Christmas Red Paint Color: As previously mentioned, red came from the red apples from the Paradise Tree reenactment, representing the fall of Adam, along with the red on the Holly berries. Red was a very bold color that seemed to work well with the green. Religiously speaking, the red reminds Christians of the blood Christ spilt for mankind.

We hope this was an interesting look at the traditional Christmas colors. If you have an exterior or interior painting project you would like finished in time for Christmas, contact All Painting and Restoration today! 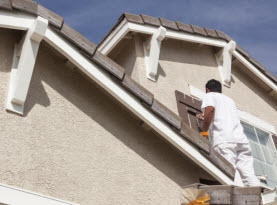 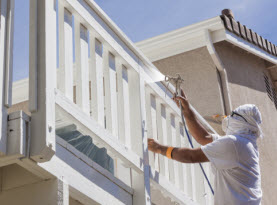 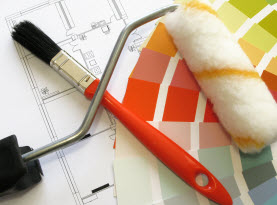 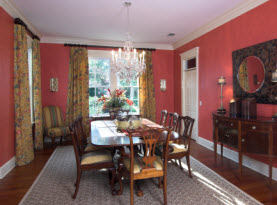